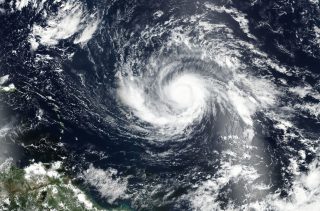 I wondered what temperatures in Orlando have done over this last week. You see I just happen to have a set of IoT devices which are streaming data that I persist into an archive. One of those sensors is on a covered patio in Orlando, so it would be interesting to see what kind of data there is from this last week.

In my setup, Smartthings sends data to a Spring Cloud Data Flow endpoint which drops the data into files. Those files are parsed and uploaded to Ceph host, a simple IoT data flow. Within Greenplum  I have created external tables that can read the data and the table looks like this

I know I’m going to want to have a visual representation of the data because looking at it as a list won’t easily convey the information I want. Also I know I will be doing some interactive querying to try to get this right, so I switch from the command line over to Apache Zeppelin which connects to my Greenplum server.

This is one of those cases where I can really appreciate interactive querying of IoT data. I need to do some exploring and will submit queries or attempts at a query a few dozen times. As I’m crafting the visualization I will adjust the window to varying widths of data in order to optimize what I see which will generate more queries. Getting immediate feedback greatly decreases the cycle time in order to get a result. What I’m doing here is fairly simple though and it doesn’t take long before I come up with a query and time window I like.

Which is not a bad image, but I quickly realize something is wrong with it. These nice angled lines do not show how temperatures work over time. Why is that?

Then I remember, it is because these sensors kick out a temp value only when they have registered a temperature change of a full degree. So the time distance between two points could be 3 seconds or it could be 12 hours.

This will cause the time to not be reflected with spatial accuracy along my X axis. While it is showing the strange weather, reflected by the low values on the left, it isn’t giving me a good perception of how that actually happened in time over the past week.

Then I remember a post by Caleb Welton a few years ago on Time Series analysis. This has exactly what I need. A big part of making this work is setting up a few functions to that will handle and maintain the last known values.

With those in place I can now create a new query that will create time slices and drop the data into those slices. Now the slices will carry forward the last known value.

I will potentially double up on some numbers if it jumped more than a degree in a 15 minute period, but my visualization can show the average so it is not a problem. This leads to a much better visualization of the temperatures

The temperatures sure did deviate from the normal pattern there for a little while. This isn’t a fantastic visualization, for under and hour of work though it does give me a decent visual representation of the strangeness in the weather. I feel lucky the the only impact I see is in this graph and pray that those dealing with greater impacts stay healthy and find a path to recovery.